Voting is currently open in the 2020 Scenic Airports poll. Which airports will be crowned the most scenic in each region? Vote now to help us decide.

Did your favourite airport approach make it into the top 10 this year? Join the conversation on social media using #ScenicAirports.

Stay up to date with all the latest private aviation airport updates and aircraft news, and empty legs by receiving our weekly email newsletter:

Voters said: "The view is spectacular! Mountains on one side and a beautiful rugged coastline dotted with islands and golden sandy beaches running adjacent to the runway."

"Most beautiful scenery I ever saw, with the beach on one side with crystal clear water and Mount Errigal standing tall on the other side."

"There is nowhere as lovely as the wild rugged beauty of unspoiled Donegal."

Voters said: "The quirky nature, the magificent views coming in and going out and onto a sandy beach. It is a joyous experience from start to finish. Just wonderful."

"I just love the remoteness of the Isle of Barra and its rugged terrain. Landing on a cockle shell beach is quite the experience too. Make sure the tide is out!"

"The approach to Barra airport is awesome - superb views over to Skye and the small isles then seeing the causeway between Eriskay and South Uist coming in over the sand dunes to land on the beach at Barra is a totally unique experience - nothing beats it...every time!"

Voters said: "Spectacular approach with the Mediterranean sunlight glistening off the azure water of the sea, the evergreen trees and red rocks of the Esterel, pastel Provencal building, and all with the dramatic backdrop of the snow-capped southern Alps. "

"The approach over the sea offers a view of the entire Cote d'Azur, including Cannes, Nice, the famous Baie des Anges and the Alpes Maritimes."

"Mountains, sea, city and the Promenade des Anglais…this airport has it all!" 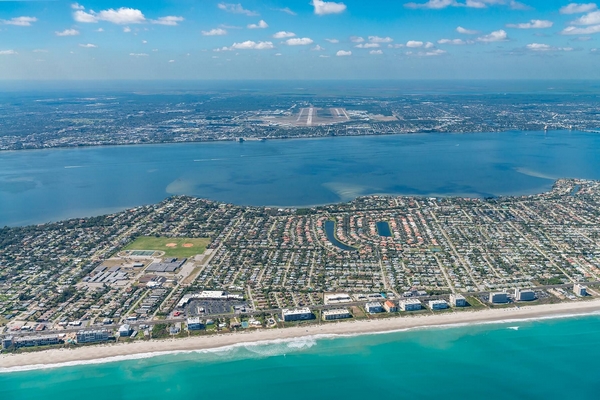 Voters said: "First you see the beautiful Atlantic Ocean and then pass over the Indian and Banana Rivers.  Then there is a pass over the Kennedy Space Center and Cape Canaveral Air Force Station - where you may get a glimpse of a rocket on a launchpad. "

"As a pilot and a world traveler, I have to say that no other approach takes your breath away like the approach into MLB."

"Coming in over the Atlantic Ocean is an amazing experience. On a clear day you can see the Kennedy Space Center." 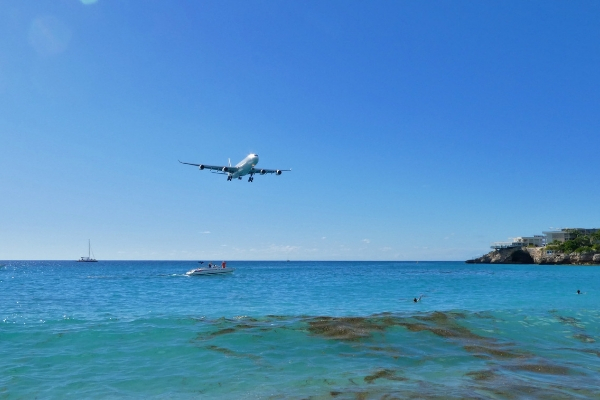 Voters said: "It's just beautiful. The water, the colour, the land to the side and yes - the awesome approach just above spectators' heads can't be beat!"

"Water at one end, a mountain at the other. Land over a throng of people on the beach who are all excited to see you."

"Most pristine and exhilarating rush filled with glimpses of the azure sea and neighboring islands and cays. Love it!"

Voters said: "The air approach to Saba is spectacular and thrilling. The island is seen ahead and as you approach begins to fill the view. As you get closer you can see the colorful cottages, trees and lush shrubbed areas, mixed among spectacular rock formations. The plane turns, dips and lands. Amazing!"

"Approaching the island is breathtaking both for its birdseye view of the island's beauty and for its thrilling straight on approach - a seemingly sharp right turn to see the shortest commercial runway in the world and sticking the landing like on fly paper."

"Thrilling landing, spectacular views and the beautiful scenery of Saba - the unspoiled Queen of the Caribbean."

Search for private jets to Saba

Voters said: "As you descend between the rugged peaks of the snowcapped Southern Alps, then along the vineyard-lined Gibston Valley, take a slight left alongside The Remarkables, over the Shotover River then touchdown on the tarmac. This awe-inspiring approach will leave you blown away!"

"Dramatic jagged peaks and Lake Wakatipu provide a taste of the glorious scenery on offer in Queenstown and its environs."

"Either a descent down a valley or across beautiful Lake Wakatipu. Scenery stunning both ways."

Voters said: "Looking out the window as you arrive in Toronto you see Lake Ontario, the boats and yachts peacefully gliding across the water, the epic CN Tower and all the greatness of the city."

"Perfect mix between city and sea. A view of the city we are to explore from the top and a particular airport literally in the middle of the city."

"The view of the city skyline is breathtaking and the iconic CN Tower is in plain view upon approach."

Voters said: "Flying so low into an airport over one of the world's most famous places cities  gives you an experience like no other. Views coming into the airport include world famous landmarks such as Big Ben, the London Eye, and skyscrapers...followed by a thrilling steep approach to the runway."

"The view over London's Canary Wharf and the River Thames is incredible. Amazing at sunset and sunrise."

"With the airport in the heart of London, the views of this amazing capital city are just outstanding."

Voters said: "The airport is located in one of the most beautiful places in the Alps, near Mont Blanc."

"You arrive between the most majestic mountains in Europe."

"A simply awesome approach, taking in Mont Blanc, The Matterhorn…and landing in a snowcapped valley."

Fly to your favourite Scenic Airport