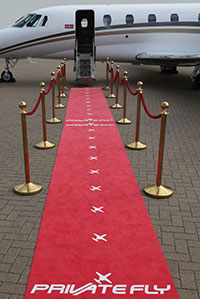 Film awards and festivals to celebrate achievements in the film and TV industry are some of the most glamorous and star-studded red carpet events in the calendar.

Private jet charter flights to film awards and film festivals allow VIP attendees and their entourages the ability to arrive at the closest airports to the venues. Private jet flights to red carpet film events also allow passengers privacy and flexibility to depart and arrive at their own schedule.

Here are some of the most popular film awards and film festivals in the United States, by private jet.

The Sundance Film Festival is an American film festival that takes place annually in Utah and is one of the largest independent film festivals in the United States.

South by Southwest or SXSW is a seet of film, interactive, and music festivals and conferences that take place every year in Austin, Texas.

The New York Film Festival has been a major film festival since it began in 1963. The non-competitive festival has films selected by the Film Society of Lincoln Center.

The Golden Globe Award is an American accolade bestowed by the 93 members of the Hollywood Foreign Press Association recognizing excellence in film and television, both domestic and foreign.