Chicago Midway International Airport is an airport in Chicago, Illinois, on the city’s southwest side, just eight miles from the Loop.

It is the second-largest passenger airport in the Chicago metropolitan area, as well as the state of Illinois. In 2013 it handled just over 20 million passengers. 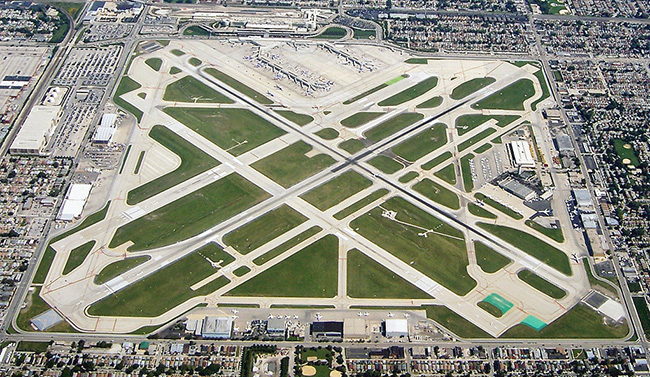 Chicago Municipal Airport hosted its first airmail flight which arrived from Nebraska in 1927.

In 1955 Chicago O’Hare became operational and by 1961 flights at O’Hare outstripped flights at Midway causing it to lose the “World’s Busiest Airport” title.

In 1973, there was a large decrease in flights operating at Midway due to oil and fuel shortages. All major airlines switched to operating out of O’Hare.

In 1978, there was greater deregulation in the aviation industry and airlines started to resume flights.

Its convenient location and manageable concourses allowed it to attract low cost carriers and put the airport back on the path to recovery.

In 2012 the airport reached a new record with 19.5 million passengers passing through the airport. This was beaten on 2013 with over 20 million using the airport.

Chicago Midway International Airport is located to the southwest of Chicago and is eight miles from downtown Chicago.

It is only a 20 minute drive away making it a popular choice for private jet and business jet passengers travelling to and from Chicago.

The airport is open 24 hours, however is restricted from 00:00 to 04:00 for ticketed passengers only.