As the capital city of Russia, Moscow is a major economic, cultural and tourism hotspot and a key destination for private jet users in Europe - for both business and leisure travel.

The Moscow area offers a choice of possible airports for private aviation.

But which airport is right for your flight? PrivateFly gives you the inside track on Moscow’s private jet airports and facilities. 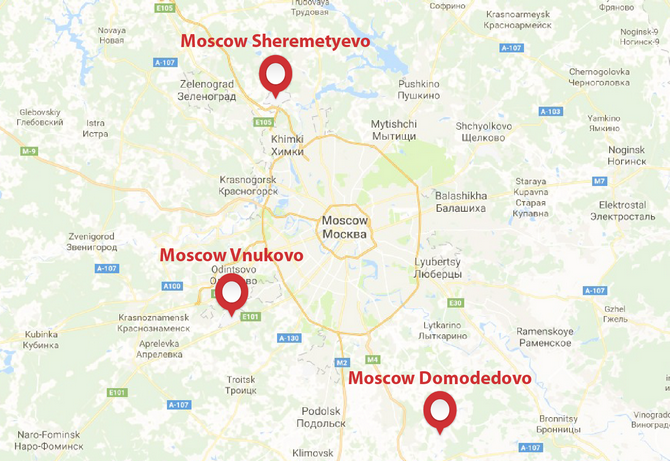 Moscow Vnukovo Airport is the no.1 choice for private jet users travelling to or from Moscow, seeing around 20,000 flight movements each year.

Vnukovo has two long runways and so can handle private jet aircraft of any size, including heavy long range jets and VIP airliners.

Open 24 hours to private jet users, it is located a convenient 28km or 17 miles (25-30 minutes drive) south west of the city centre.

In its dedicated General Aviation terminal, Vnukovo offers the private jet FBO JSC Vippair and several other business aviation service companies are based on site. Vnukovo provides excellent services to private jet customers, aircraft and crews, so it’s no surprise that it’s the busiest hub for business aviation in Eastern Europe.

On the other side of the city – 29km or 18 miles to the north west – is Moscow Sheremetyevo Airport. It is a large international airport with two runways, and vies closely with Domodedovo (below) as Moscow’s busiest airport for airline flights, being the home of the national carrier Aeroflot.

Terminal A at Sheremetyevo is dedicated to private and business aviation with good facilities, but it is less popular as Vnukovo with private jet users.

Moscow Domodedovo Airport is distinguished by its two parallel runways – the first Russian airport to operate this way.

Being a large international airport, it can handle private jets of all sizes, from small jets to large long range jets or VIP airliners.

At 42 kilometres (26 miles) away to the south east, it is less conveniently located for the city centre than Vnukovo, but it does offer FBO facilities for private aviation users.